N.B.– This is the sixth chapter in Week 1 of the ‘Game of Blogs’ by the team ‘Bards of the Blogosphere’. #CelebrateBlogging

Shekhar rushed out of the kitchen as soon as he heard Roohi screaming from her room. He had checked on her a few minutes ago, peacefully asleep clutching her side pillow, her cherubic face gleaming in the peeping morning sun through tastefully done curtains of their bedroom. He and Tara had been hugely thankful to Jennifer last night for accepting their offer of moving into their home and looking after Roohi, whenever needed.

Roohi was wide awake on the huge four-poster bed in her parents’ bedroom. Her forehead glistened with a tiny film of sweat even with the air conditioning on. Tara almost flew out of the attached bathroom in her robes when she heard Roohi’s shrill voice cutting through the smooth humming of her shower. Despite both her parents flanking by her side, Roohi seemed to stare blankly at the wall before her.

‘Ki holo shona, what happened?’ Tara tried to be as gentle as possible with her princess.

Shekhar decided to take things easier and stroked Roohi’s silky unkempt hair. This brought the little princess back to life and she turned to face Shekhar.

‘Yes beta, tell us what happened.’

Roohi hesitated for a while, pondering on what to say.

‘I thought I saw something in my dream.’

Then she budged on hesitantly, ‘Something I have seen in Kochi.’

Both Shekhar and Tara’s face darkened at once. That Kochi incident, only if they could erase it from their daughter’s memory. Just when they thought the girl had stabilised and inched near to normal again, yesterday’s incident threw them back to the beginning. Shekhar glanced at Tara; it was being difficult for her to suppress her emotions before Roohi. He had to command control over the situation.

‘Princess, let’s have a fun day today! All day, just you and me after Mummy goes to work. Okay?’

‘No buts, darling. We’ll have one of our Princess’ Day Out today, just that it will be an indoor affair.’

‘Can I invite Jennifer aunty?’ Roohi cheered up a little.

‘Of course, I’ve invited her for you already. In fact, she’s going to stay here with us from today.’

Roohi’s face lighted up for a moment and she said casually, ‘I like her.’

Jennifer had woken up early today in the Dutta household. There seemed to be an awkward peace this dawn as she glanced from the guest bedroom outside. The sea at Nariman Point looked calm, a little too much for her liking almost. From the 12th floor of the Duttas’ balcony, the Arabian Sea didn’t appeal her as much as she wanted it to. For she loved the sea, and its saline air touching her lips once in a while, reminding her of certain things she wished to forget. Once when she went to the beach in Kochi as a child, her candy floss was blown away from the stick by a sudden gust of wind and she had been left disappointed. Yesterday’s incident made her feel that way again, as if she were to lose out on the mission she embarked upon.

Making herself a cup of strong coffee before anyone else was awake, she wrote a note explaining that she had to leave early for work and she’d be back by afternoon with her luggage from the Menons. Carefully sliding the note under an intricately designed fruit bowl on the dining table, she left. As she reached Colaba Causeway, the (in)famous shopping and eating street of South Mumbai, she headed for a quaint shop in the alleys, behind the plush McDonald’s outlet. The alley looked shady, not deterring Jennifer as she seemed to know her way around in this part of the world. Reaching the tiny shop under a dilapidated building, Jennifer peeked inside. She fished out a photograph from her backpack and wanted it to be framed. Waiting while the work was being done, she had a cup of cutting chai from a little boy of Roohi’s age who moved around with a crate of tea glasses and a kettle.

A few minutes later, Jennifer smiled as she held the beautifully framed photo of a little girl dressed in a blue frock, beaming at her from a distance. It was the girl she had named Caroline to the Duttas. One thing ticked off her list, Jennifer set on her way to get whatever luggage she had. It was time to penetrate into the household, the next thing on her list.

Settling down Roohi with her favourite breakfast of pancakes and Hershey’s chocolate syrup, Shekhar decided to grab a bite of sandwich and coffee. Tara had already left for office as she had barged out early yesterday owing to the school visit. She didn’t have breakfast, instead picked up an apple from the fruit bowl. Shekhar had been trying to coax her into healthy eating since long as he was moderately conscious about the problems of skipping breakfast. Tara’s humungous pressure at work often left her hungry. She tried to compensate on Sundays and holidays by making her own and Roohi’s preferred breakfast – a Bengali delicacy of luchi and alu chochhori (Fried puffed bread and a steamy spicy potato curry). Shekhar wasn’t much of a luchi person, unlike most people of his hometown. He liked his milk and cereal after a regular workout session and morning walk. Today, however, was different. He had woken up just as Jennifer was leaving, bade her goodbye and sat down to write an article long pending. He liked to work when he was stressed, especially about Roohi; it took his mind off the problems and calmed him down to act better.

Roohi was absent minded and played on with her pancakes, cutting them into bits and pieces, then shreds, creating patterns with the Hershey’s syrup on her plate. Shekhar glanced at her and nodded his head in dismay. Their little princess was distressed probably beyond repair. He would need to put in extra effort to at least get her talking and eating properly. Just as he was about to switch on Roohi’s favourite cartoon channel, the doorbell rang and Jennifer was ushered in.

Roohi’s face lightened up when she acknowledged Jennifer’s presence.

‘Hi aunty. Will you play with me today?’

‘Of course, princess! What is your favourite game?’

‘Scrabble. Me and daddy always play scrabble on fun days.’

‘That is absolutely great! It’s my favourite too. I’ve tried to get Caroline play more often but she’s not very patient to search for words in her vocabulary.’

‘So, you girls are on for your game I guess. I better get working now. But Roohi, at least let aunty unpack and settle down. Jennifer, please occupy the guest bedroom. I’ll have to deal with another lady in our household from now!’

Shekhar faked a sigh and made his patent funny face which prompted Roohi and Jennifer break into peals of laughter. He was relieved to see his daughter smile again.

Leaving them behind in the living room with plans of a scrabble game and lunch, Shekhar proceeded to his study. He had a lot of work pending and with Jennifer around with Roohi, he hoped to get at least some done by the evening.

It was late afternoon and Tara longed for a cup of tea. She had been stressing herself too much at work, almost firing two junior employees yesterday. Coupled with the problems regarding Roohi, things mounted to the peak for her these days. Her work didn’t let her spend as much time with Roohi and Shekhar as she wanted, and problems at home didn’t let her work in peace. She was facing the horns of a dilemma and the pressure was started getting at her. At times she contemplated if she needed a psychoanalyst, an independent person to listen and find solutions to her problems.

She had called Shekhar at least four times in the morning to check on Roohi, and him too. Jennifer’s presence seemed to help him a lot concentrating on his own work. Tara realized that it was difficult for Shekhar to be a stay at home dad while none of his friends were. She appreciated the fact that he didn’t succumb to peer pressure and chucked his previous day job which sucked. Of course, the Nariman Point residence, albeit rental, has been possible with Tara’s steady rise at The Daily Reportage. Shekhar was happy with his freelance work and lately he had been doing really well. They had managed an all paid trip to the conference in Kochi with his foreign grant. Ah, damn, Kochi again. Why couldn’t any of them get rid of the horrible incident that happened there? It affected Roohi more than anyone else in their family and they were extremely concerned with her withdrawal symptoms when they came back to Mumbai.

All this contributed to a blinding headache and Tara headed for home early in the evening. She found Roohi, Jennifer and Shekhar absorbed in Scrabble, with cups of hot chocolate and a few croissants around. All of them beamed at her and Roohi embraced her in a bear hug, after a long time. Tara’s eyes filled with happy tears on finding a much better Roohi since morning, cheerful and less distracted. She went to her bedroom to change and freshen up, glanced at the guest bedroom and found Jennifer’s sparse luggage arranged neatly.

A framed picture of Caroline in the blue dress from the school function smiled at her from the table.

Tara did a silent *Touchwood*, lest anything goes wrong again.

Read the next chapter (7) here.

“Me and my team are participating in ‘Game Of Blogs’ at BlogAdda.com. #CelebrateBlogging with us.”

6 thoughts on “Bards of the Blogosphere: Week 1 Chapter 6 – The Princess and Her Pied Piper” 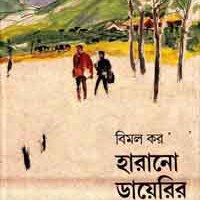