In a daring midnight operation by armed men, over 10,000 pilgrims are taken hostage en route to the holy shrine of Vaishno Devi, a popular Himalayan religious-tourist destination in the troubled state of Jammu & Kashmir in Northern India. The hostage-takers threaten to shoot pilgrims every day, unless the incumbent Government accedes to their demands. With the Hindu festival of Diwali just around the corner and elections less than six months away, the Government at the center is under immense pressure to act. What will the Government do? The army? The intelligence agencies? The common man? No terrorist group has claimed responsibility for the attack. Who are these men? Is there a larger plot? Faced with such unprecedented events, will the country descend into unimaginable anarchy or will it rise above the issues of collective apathy and greed that have plagued it since Independence?

There are issues plaguing our country that we read about in the newspapers everyday. Few of them make our blood boil, others create disgust and delirium inside our psyche. We keep wishing they’d come to an end somehow, but they don’t. We keep searching for ways to end corruption, but it doesn’t. Then Pratik Shah comes up with this book showing his own way. It might not be social, legal or foolproof, but it works in the book.

In the contoured terrains of the beautiful and pious land of Vaishno Devi temples, things get dismal. You’d spot Vijay, Prakash, Raghuvir and others with fake identity and intense plots. The strategies and intentions are gradually revealed in each chapter. There is much technology involved, some of it is pretty complex for laymen like us. Though Pratik tries to explain them in detail, few parts still escape us.

There is a lot against corruption, which is justified. At the same time, this is a literary work. There should have been efforts to make the writing more delectable to the readers if you wish to incite them against corruption.

Irrespective of the genre you read, OPJMD isn’t only a thriller – it borders around issues very relevant to India. I wouldn’t ask the readers to follow the book and actually carry out the ‘operation’, as it is very dangerous. But there are certain positive feelings that are invoked while you read. In fact, if you read closely, you’ll find the characters very similar to present Indian politicians.

Could have been better in the form, as the content is fine. Recommended for the youth, take a positive stride.

Pratik Shah wrote his first quarter-novella when he was a kid. Those were the days when we played in the CIA – KGB cold war turf. And so inspired he was, a boy, whole of 13 years, that he spent an entire day scribbling notes till his friends came calling for an evening game of soccer. In those couple of hours, he must have written nearly 5,000 words. Now many a sun-sets later (and a few strands of grey hair), he sits in Mumbai. Has traveled to a few parts of the world. One of his short stories – Wavering Bounds – has been published in a book ‘Inner Voices’, Mirage Publications, India, as one of the winners of a worldwide short story contest held in 2008. Has written blogs and short-stories which have been well received. He’s a blogger at a private blog, and a poet (well, self-acclaimed). He’s also an engineer and a management graduate from IIM, Ahmedabad. Check out his blog, Facebook and Twitter.

This review is also shared with the First Reads Challenge at b00kr3vi3ws and The Indian Quills Reading Challenge at The Tales Pensieve. 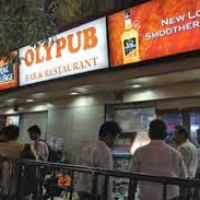 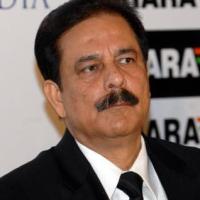