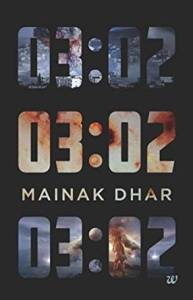 At 03:02 on a Sunday morning, the world as we knew it came to an end. Mumbai suddenly went black — no electricity, no phones, no internet and no working cars. It was as if someone had turned off the master switch of our civilization, turning us back hundreds of years overnight. We learned that it was not just Mumbai, but much of the world that had been impacted. We also learned that it was no accident. A deadly enemy was behind it. An enemy that was now in our midst, seeking to conquer us and destroy our way of life. This is how our war for freedom began. A war that was to be waged not on the borders or by the Army, but in our homes and streets, with us as the soldiers. This is our story. ’03:02 celebrates fictional heroes who fight for our freedom, but to give back to the real heroes who do so every day, for every copy sold, a contribution from author royalties will be made to the National Defence Fund, which takes voluntary contributions to help armed forces service members and their families.’

Mainak Dhar’s previous book Chronicler of the Undead is the only dystopian novel I had read in a long time. His latest offering 03:02 seemed a tad different, moving to the thriller and mystery genre. That was reason enough to pick it up for review as I’ve been a fan of Mainak’s writing. It’s always perspicuous and pleasing to read. From what I’ve read by him so far, I surely can’t complain about the form of writing. It might be the content that varies from each book to the other and creates a difference in quality.

03:02 is an interesting take on a thriller, blended with mystery and most importantly, terrorism. The protagonist, Aditya, is on the verge of turning into a corporate robot and deserves the promotion he receives. There’s a party in the evening and he crashes onto his bed later that night. Something happens at 03:02 in the morning and there’s a blackout. Aditya is oblivious of the situation and wakes up to realise something serious has happened. He goes out, scrutinises his neighbourhood and learns that nothing is working – phone, car, electricity – all dead. His neighbours are as baffled as he is. The scenario unfolds gradually, the horrors are peeled off in layers and people face the stark reality of living a life without modern facilities. Aditya takes control of the situation for the lack of a leader and starts restoring life.

END_OF_DOCUMENT_TOKEN_TO_BE_REPLACED 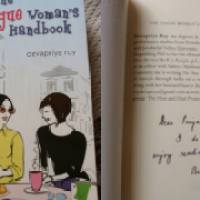