Victory is Temporary the Battle is Eternal’.

Vikramaditya and his Council of Nine have fought valiantly to repel the rampaging hordes from Devaloka and Patala – but Avanti has been brought to its knees. Ujjayini lies battered; its citizens are scared and morale is badly shaken. Meanwhile, the barbaric Hunas and Sakas are gathering on the horizon and cracks are emerging between the allied kingdoms of Sindhuvarta…

The only silver lining is that the deadly Halahala is safe. For now.

Bent on vengeance, Indra is already scheming to destroy Vikramaditya, while Shukracharya has a plan that can spell the doom for the Guardians of the Halahala. How long can the human army hold out against the ferocity and cunning of the devas and asuras? And will Vikramaditya’s love for his queen come in the way of his promise to Shiva?

For those who are familiar with my reviews, you already know that Mythology is not my forte. And it is a fact that I had liked the #1 in Vikramaditya series – Guardians of the Halahala. These two facts combine into a solution that I’ve implemented while reading this series – treat it is a thriller. I didn’t get boggled by the fact that I’m dealing with King Vikramaditya and the devas, asuras and super powers. Instead, I tried to ingest the story as a racy over the edge action-packed thriller. And it is safe to infer that the book met all the expectations.

The plot begins exactly where we’d left it in the previous book. The city is in shambles and the king tries to pick up the pieces with the help of his councillors. Each of them has their own story, Kalidasa has strange visions that want to convey some secret to him, Shanku realises her secret super power, and the Acharya has his own issues to resolve. With consistent attacks from the Devas and Asuras, Ujjaini is battered and bruised, struggling to even exist before considering survival. Will they be able to decipher what Shukracharya ‘The Healer’ has in store for them? Will Queen Vishakha regain her health and memories? Will the kingdom of Avanti resurrect gathering all its pieces together?

The best part about Shatrujeet Nath’s writing is the charecterisation. Each of them bloom before the reader as a clear portrait, ready to lunge the story forward. I would say the #2 in the Vikramaditya series is more about the peripheral characters than King Vikramaditya. Shaping up each of the nine councillors has created a wonderful line upto accompany the King. I loved the complexity of the plot, describing the individual conspiracies to acquire Veeshada’s dagger. The battle scene with the Hunas deserves a special mention as it is constructed with utmost care and ruthlessness, simultaneously. The language is lucid and appropriate for the plot chosen. The chapters are arrayed well and in accordance to the story.

My only grievance is the volume of the book. I think it could have been shortened just a bit. Recommended for every reader who would love thrillers. A dose of mythology is superbly blended not to intimidate readers like me. 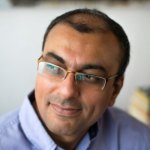 Door-to-door salesman, copywriter, business journalist and assistant editor at the Economic Times, Shatrujeet Nath was all this before he took to writing fiction full-time. He debuted with the Karachi Deception in 2013, followed by the Guardians of the Halahala and the Conspiracy at Meru, the first two books in the Vikramaditya series. At present, he is writing volume three of the series. Shatrujeet lives in Mumbai, but spends much of his time in the fantasy worlds of his stories.

2 thoughts on “Book Review : The Conspiracy At Meru” 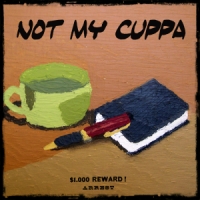