When I login to Netflix each day, a troupe of amazing ‘Netflix Original’ films await for me, but none from India. I kept wondering why Netflix wouldn’t invest in a few interesting films that are still made in the country. I still wonder why it took a few years and a Valentine’s Day to release an Indian film on Netflix worldwide before it came out commercially. There are controversies around this as well since critics claim that Love Per Square Foot is not a Netflix ‘Original’ as it wasn’t commissioned by Netflix (just acquired from the producer), but it should be labelled as the first Indian film to be released on the platform. Unless, of course, you consider ‘Brahman Naman’ by Q last year, which was carefully sided as an Indie film and not a commercial one. Setting aside these intricacies, Love Per Square Foot is officially the first Indian film to be released worldwide on Netflix. And that, I hope, would start an era of good, relevant, and necessary films on this virtual platform.

I watched Love Per Square Foot on a cold, depressing evening, probably wishing for some warmth from my comfort zone where it is set – Bombay. I can’t say it wrapped me in an incredible duvet of emotions but it did replace some of the chill with a warm, fuzzy feeling that is so indigenous of seaside Bombay.

The film begins splendidly with the dreams and aspirations of middle class Sanjay Chaturvedi, residing in the Indian Rail Apartments with his soon-to-retire Government employee father and a benign mother. All Sanjay wants is to upgrade his nest into a bigger, better, posh one in the fiercely competitive real-estate kingdom of Bombay. A fling with his married boss makes him dream to be able to rise to her league someday. Enters the heroine Karina D’souza, with her modest upbringing, a struggling mother and a rich boyfriend to deal with. Her dream is to get married and create a house of her own, away from the dilapidated one where she has lived a tough life with her mother, waiting to be freed. Coincidence happens, both characters meet and sparks don’t fly. Instead, they participate together in a housing lottery scheme for couples. A marriage registration notice happens and voila! They win the lottery and are compelled to marry in order to claim the flat, much to their families chagrin. Do they get married? Do they retain the apartment? Watch the movie coz I ain’t giving out spoilers.

Starting with criticising my favourites – Anand Tiwari and Sumeet Vyas – this duo of director-writer can set the screen on sizzle if they pick up the right topic. This time they did, but the implementation lacked something. Real estate in Bombay is perhaps the utmost important and sensitive issue too. People dream, struggle, fight, steal and sometimes even kill for a shelter in the maximum city. In this film, they had to get married. Quite a difficult proposition, but I believe people might have done this for real already. But that is not the point here. The plot/story/dialogues were pretty good, but it is the format that lacked the punch. At certain points, I was too weary of the glitter and gloss, reminding me of Anand Tiwari’s Bang Baaja Baarat. While that one deserved all the chintz and satin, Love Per Square Foot wavered a little within its subject. Vicky Kaushal was a revelation since I watched him on screen for the first time. I’m pretty sure I would hunt down all his films and binge watch. Angira Dhar looked pretty hard working to me and that reflects in her performances. The Pathak sisters, both as mothers were impeccable as usual – Ratna as the stressed Anglo-Indian mom (Balsam Behen, lovingly called by her counterpart) and Supriya as the sweet accommodating one. Alankrita Sahai as the hot boss was a little over-the-top and could have cut it a bit, IMHO.

It’s a film where the story is the main protagonist and I’d love to be a witness of many more similar projects that capture a slice of life beautifully.

11 thoughts on “Love Per Square Foot” 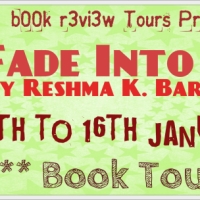