There are films that make you love an actor, and then there are others, where a character grows on you. A Death in the Gunj by Konkona Sensharma is one where an actor and his character both made sense. Vikrant Massey played the protagonist Shutu in the film, and I’d like to call him that as I know the reason behind it. Years before, I had read a book in Bangla called Ghunpoka. It’s one of the finest novels by Shirshendu Mukhopadhyay and one of the best on Melancholia, ever written. The protagonist there, Shyam, was a melancholic youth, eating on his own life in bits and pieces. I wouldn’t say Shutu has a great resemblance with Shyam, but there is a faint familiarity.

The film begins with visitors entering the gunj, McLuskiegunj in Bihar, 1978. There’s a couple and their child, visiting their parents with a friend and cousin Shutu. More friends arrive and it is a fete on cold winter evenings that turns mostly into a melee – in the sense that more people are hurt. There’s no denying that Shutu seems unimpressive in the beginning. He’s shy, a little less masculine in his looks, that may even be bordering to cute, and he’s timid. You notice the flamboyance of the other characters immediately – the retired father, the then modern mother, the pragmatic son, the endearing daughter-in-law, the sexy friend, the flirt friend and a nice kid. Everyone flourishes, has their own scenes, frames, and dialogues, while Shutu sulks at a corner. Well, he has his own reasons, primary being the untimely death of his father.

END_OF_DOCUMENT_TOKEN_TO_BE_REPLACED 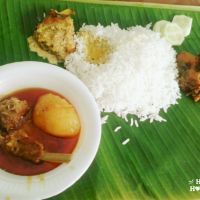