The Alchemist of the East is an enchanting saga of gaining wisdom, following one’s heart and, above all, chasing one’s dreams.
This is a story of Sushyo, a toy maker from Mesopotamia who wishes to travel all over the world and spread the message of peace and joyousness.
From his home in the city of Nineveh, on the banks of river Tigris, he voyages to the land of seven rivers, Melhua.
What unfolds is an adventure of epic proportion with his destiny throwing at him, one challenge after another, probing him in the most frightful manner.
An apocalyptic encounter with the Alchemist of the East prepares him for the road ahead.
As events occur rapidly, the boy finds himself a part of a legacy for which he will have to face up to the ruler of Arianna, Queen Kassandrra, in an epic battle on the banks of river Helmand.

I’ve read Aporva Kala only once earlier and the best thing I like about his works is the simplicity in writing. There isn’t a barrage of difficult-to-pronounce words or complicated sentences that send you in a tizzy for the dictionary. While Life…Love…Kumbh was more of a journey than a concrete story, Alchemist of the East is a full grown novel that blends history with mystique.

The book begins with Sushyo, a teenage toy maker from Mesopotamia tragically losing his mother. He embarks on a life altering journey, one that is essential for his survival and evolution as a human being. Sushyo sails on a ship to a faraway land, gets into a confrontation with the Captain of the ship and finally wins his trust. Fate takes him to a gurukul where he meets his calling of toy making. He learns the art and the fine tunings of it. And yet, there’s something else in store for his future, something from his past that suggests he could be the next king of Alexandria. Will Sushyo be a toy maker when he becomes an adult or will e really be the king, defeating Queen Kassandra in an epic battle and avenge the death of his parents?

END_OF_DOCUMENT_TOKEN_TO_BE_REPLACED 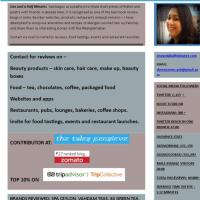 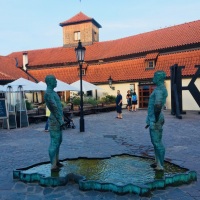